The Daughter That Nearly Wasn't

by Michelle Jester
​He wanted a sister like his friend Matthew had. He knew he would be best friends with his sister, when he had one, just like Matthew was with Ashley. Over the course of months his prayers would get more specific. He said he wanted his sister to be like Ashley, tough but sweet. He also wanted her to be like Nala, fun but tough; Spunky and sassy. She had to be able to play video games but be able to do things like a girl too. She had to have a good sense of humor, because she had to fit in with our family. She had to know what she believed in and be able to fight for it. She had to be pretty and she had to be able to sing. Most importantly to J.I., was that she had to have a special birthday. At first thought he wanted her born on his birthday, but then after pondering a while he opted for Jesus’ birthday. Again, after a little more thought he realized (out loud in his prayers) that Jesus really deserved his own birthday and so did his sister. Then he decided that her birthday was to be super special, so he asked God to put it somewhere in between his and Jesus’. That would make it really special.
​Having just moved back to Louisiana from Virginia and being busy with that for months I was simply shocked when my sister-in-law, Melinda, came out of the bathroom with the results as she announced “It’s a girl.” A few weeks prior I was sitting on the couch and I looked at my husband and said “I think I’m pregnant.” But he laughed it off and I didn’t really believe it. I was just a little late from the stress of moving home!
​Only after going to the doctor and receiving the due date did I stop to do the math, Jaymes-Irish had been praying for a full year for a baby sister. It wasn’t until Jaymes-Irish asked, “Is that between me and Jesus’ birthday?”, that I connected the dots: the due date fell roughly three months from his birthday and three months from Jesus’, directly in the middle. I can clearly remember the chills that travelled up my spine and made the hairs on my neck tingle. If I wasn’t in full awe of God before, that did it.
​Here’s something most people find incredible about them, they never really fought. I know impossible right? It wasn’t that they didn’t want to; it’s that they would always stop themselves. Alexis would say something like, “I don’t want to fuss with you. If it weren’t for you praying for me I wouldn’t be here.” Or Jaymes-Irish would say, “I prayed for you to be here and I meant it. So let’s not fuss.” Then they would proceed to work out whatever differences they had. That was a testimony to me and many others. 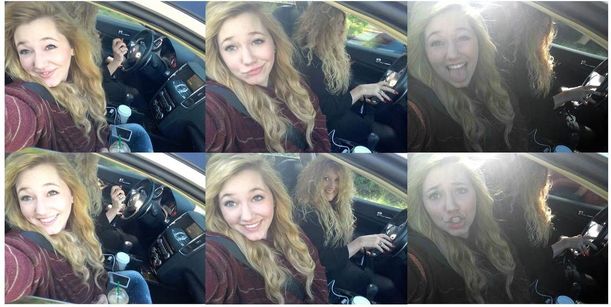 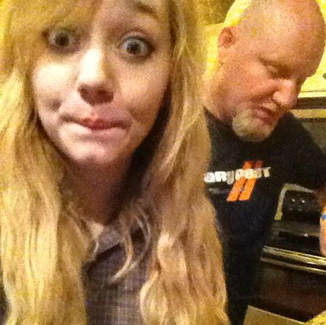 I recall when Alexis was three and the first day she was old enough to go into the ‘older kids’ church nursery.  We dropped her off and waited to see how she would adjust. The door to the nursery was one of those half doors where the kids couldn’t escape but the parents could see in.  She quickly spotted an empty scooter and made her way to it. As she began to push herself around another girl walked over to Alexis, grabbed the small plume of hair that I had wrapped neatly in a bow on top of her head and pulled Alexis off the scooter. The older and heavier girl quickly got onto the scooter and started traveling away. I was fumbling with the lock trying to get to her, when Larry stopped me and pointed. I looked over to see Alexis had already gotten off the ground and was reaching for the huge bow on top of the other girls’ head. In one move, my small baby girl, yanked the other girl off the scooter, got on and started riding again… with a smile on her face. And that day Alexis made her place in the church nursery. That’s about the way she makes her place in the world. “I’ll be nice and mind my own business but if you pull me off the scooter, you will pay. Then I will continue along my way…on the scooter.”
I learned a most valuable lesson from God in my daughter being born. I learned that God knows what is best for me. You would think my lesson would be that I get whatever I pray for. No, I think maybe that is somebody else’s lesson.I pray for many things, however, I always follow it up with “God, may Your perfect will be done in my life and if what I asked for isn’t Your best for me, then change the desires of my heart to line up with what IS best.”
“Do not be anxious about anything, but in every situation, by prayer and petition, with thanksgiving, present your requests to God.” Philippians 4:6
​
“‘For I know the plans that I have for you,’ declares the LORD, ‘plans for welfare and not for calamity, to give you a future and a hope.’”Jeremiah 29:11